Peugeot has revealed a new logo to mark the brand’s “upmarket” growth following a decade of transformation.

The new design, which recalls its logos from the 1960s, has been created by the Peugeot Design Lab in collaboration with the company’s global brand design studio. 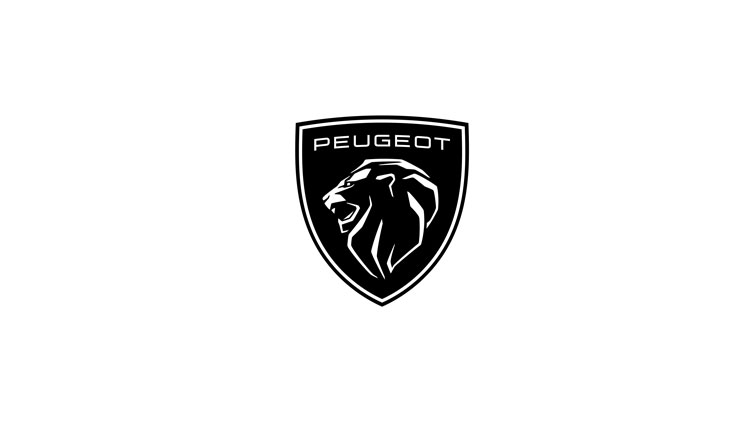 Since 1850, the French marque has had ten logos, all of which featured the lion emblem. The previous design, which depicted the animal standing up, has been in use since 2010.

The existing logo had to change to “crown the brand’s move upmarket”, according to Peugeot. The latest iteration is “more streamlined, more qualitative and more elegant”, the marque says, and should “keep pace with its products”.

The new logo balances “history and hyper-modernity”, Peugeot says. It adds that the coat of arms is a “timeless, universal and multicultural form of identity” and the lion motif intends to “shine a proud spotlight on the values of the Peugeot brand”.

While the logo hopes to usher in future-facing values, the design itself is reminiscent of Peugeot’s two logos from the 1960s which depict the lion’s head in profile. 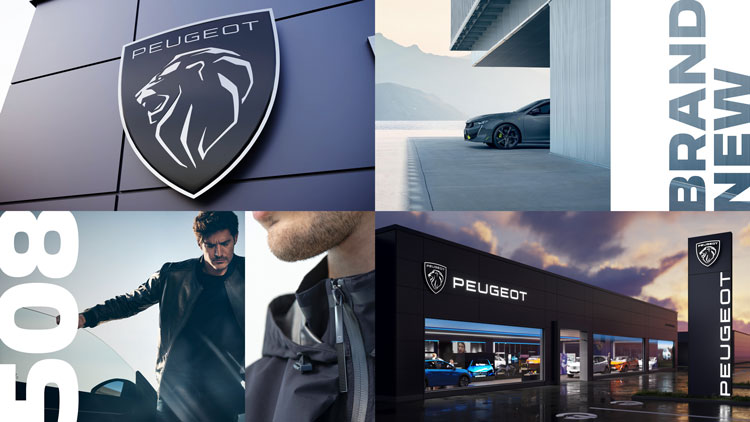 Assets show an updated colour palette comprising dark colours and blue-green tones, as well as a typeface change. Design Week has reached out to Peugeot for further details.

The redesigned coat of arms “opens the way to a brand ecosystem that is not limited to its visual identity alone”, according to Peugeot.

The updated identity will roll out across its just-announced lifestyle collection, which includes clothing, leather goods and packaging. 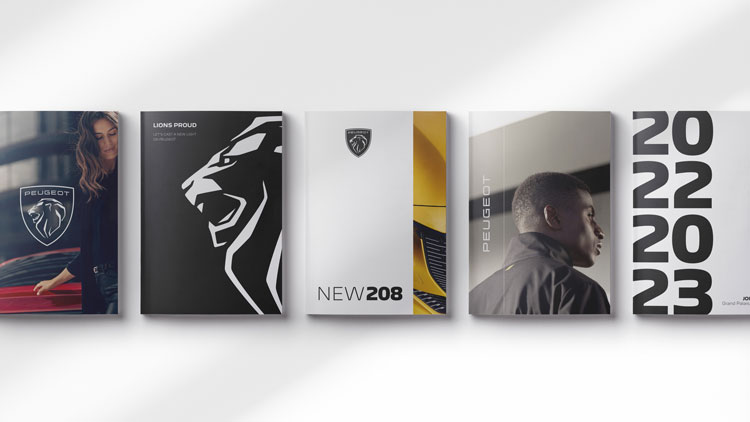 The rebrand accompanies a period of change for the brand. Peugeot says it has “completely overhauled” its vehicles in the past decade, looking to innovation across the social, digital and environmental sectors.

The marque calls this an “upmarket” shift, pointing to its electrified range which includes the e-2008 SUV model. This “zero-carbon mobility” is at the heart of strategy moving forward, Peugeot adds. In January 2021, Peugeot merged with car manufacturer Stellantis. 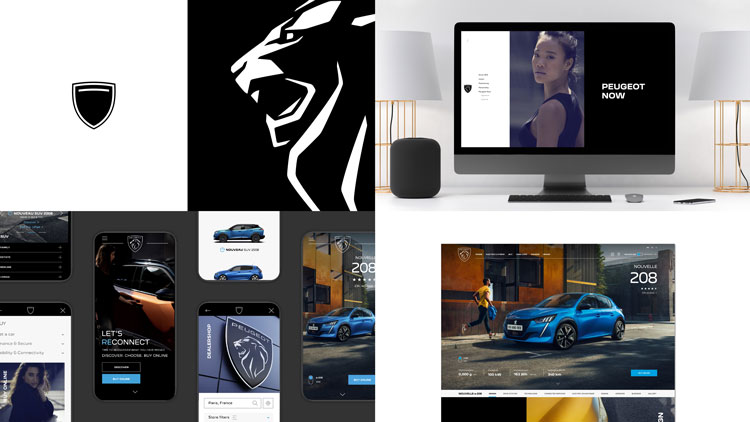 Visuals also show the new identity in car dealerships. “It is now a place for an even more human, even more visual and even more education experience,” the brand says. 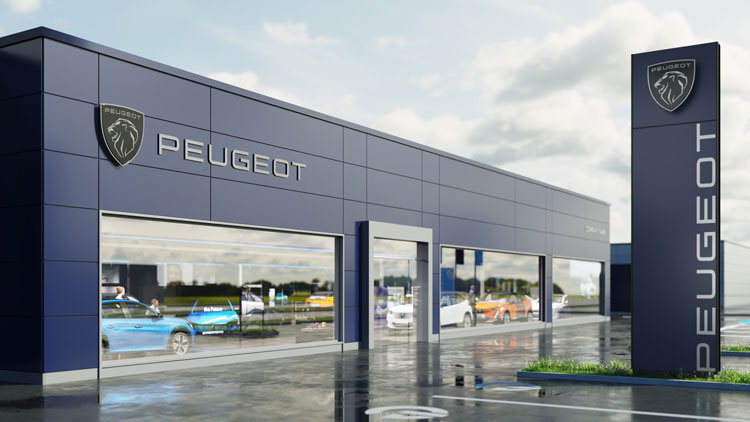 The marque has also created its first brand campaign in ten years, entitled The Lions of Our Time. These videos hope to inspire customers to think about their quality time. “The brand aims at turning time into quality time, an enriching experience,” Peugeot adds.

Many car brands have revealed new identities recently, and Design Week explored the reasons behind this trend last year.